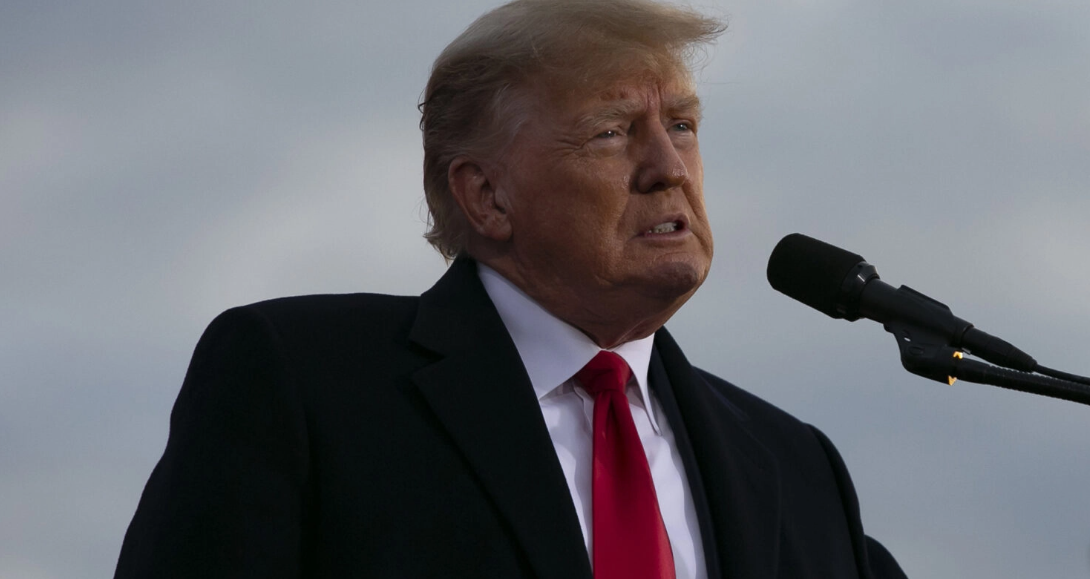 Donald Trump has revealed the one thing he will not do if he makes a successful bid to become President of the United States again.

The former president was interviewed on Wednesday by Fox News host Sean Hannity when he said he would pay less attention to the media in a prospective 2024 presidency.

“I think one of the things I would do differently is that I found the media is so corrupt, that I would really not focus on them almost at all – I just focus on getting the job done for the American people,” the former president said.

“You cater to the media, you deal with the media. They’re very dishonest, they write the opposite things, they have sources that aren’t sources. They’re an unbelievably dishonest – hence the name fake news.

“I think really I would be focused on getting the job done, getting our country back – our country has never been in a position that it is right now, with disrespected all over the world,” he said.

He accused the media of burying the Hunter Biden laptop story and went on to complain about the many lawsuits that have been filed against him.

“I’ve gone through, in five years, more investigations than Al Capone, Jesse James, and Billy the Kid put together,” he said to the host who laughed.

“If I fly over a Democrat state in my airplane, I end up before a grand jury. It’s a disgrace, and the people of this country aren’t going to take it. They have weaponized law enforcement, essentially,” he said.

He also spoke about what he believes he did for NATO to strengthen it.

“Don’t forget, I rebuilt NATO,” he said. “Because when I became president, the first thing I noticed when I went there to the first meeting was that most of the countries were not paying – they were paying far less than they were supposed to.”

And the former president mocked President Joe Biden’s ideas for green energy, saying that they are not sufficient to meet the needs of the nation.

“They don’t have the power to fuel our great factories and to build our great businesses,” he said/

“Today I saw a big story that there are millions and millions of dollars that are being charged on windmills because they are killing eagles.

“They are killing the bald eagle and other eagles and other birds and we have these windmills all over the place and the environmentalists pretend they love them, but they are really hurting our country,” the former president said.

“Driving down values, absolutely killing us. One of the most expensive forms of energy. The turbines are all made in China or Germany, so they get the advantage of that. It is ridiculous,” he said.

“But the real problem is that if you go green, you don’t have the power to fuel our great factories, manufacturing plants, and all of the things that we do and that we are known for,” he argued.

He did agree with President Biden that what Russian President Vladimir Putin is doing in Ukraine is a “genocide.”

But he argued that “he would never ever have gone into Ukraine,” if Trump was president.

He also speculated that “’President Xi of China would never have even thought about going into Taiwan, not during the Trump administration”

Asked which country – China or Russia – posed the biggest threat, Trump wavered, saying that both posed threats in different ways.

And he blamed Biden and former President Obama for driving Putin and Xi closer together.

“What Obama and Biden did: they did the all-time worst thing that could happen,” the former president said.

“They drove, because of energy and other reasons, and stupidity, they drove Russia and China together. That is something that never could have happened. Because they did the all-time worst thing. They drove those two big monsters together,” he said.