The Strange Case of the “Skinny Bob” Alien Videos 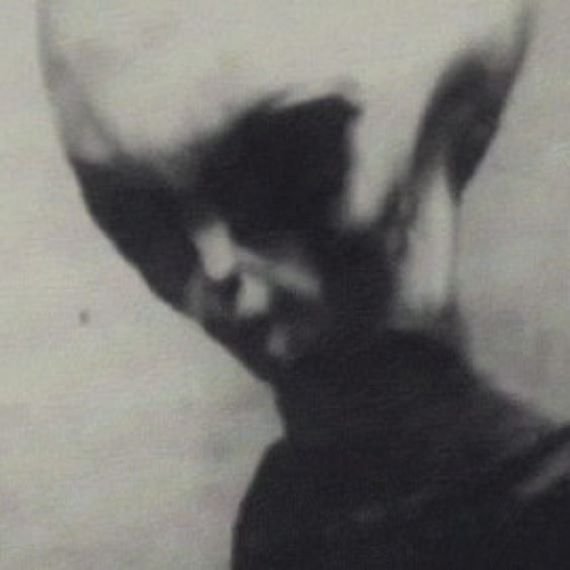 One place where a lot of weird stuff has made the rounds concerning aliens and UFOs is the Internet. There is vast treasure trove of resources on these phenomena, including countless videos and photos of UFOs and aliens, with so many obviously faked and the veracity of these things so in question it is nearly impossible to separate what might be genuine from the numerous fakes and hoaxes. Yet, every once in a while something comes out that really manages to make its mark, and one of these was a series of videos that appeared online claiming to show actual living, breathing aliens in some sort of government program.

In 2011, a very curious video started making the rounds on the Internet. Released on YouTube by a user called “’ivan0135,” the series of supposed leaked videos allegedly shows alien beings being interrogated by some government agency, allegedly the KGB. In the videos, an “alien” that looks very much like a typical “Grey” type entity is shown being interviewed and examined, supposedly as part of some sort of diplomatic exchange. The creature is described as being from the Zeta Reticuli star system, sent as part of an envoy to discuss “matters of mutual concern.” According to the videos, the aliens would be escorted by special officers and only meet with high-ranking officials Although several aliens are claimed to have present, the one most prominently featured is one with the nickname “Skinny Bob,” who would become a viral sensation with his appearance and spark much debate within the UFO community.

The alien itself appears as a very thin, slouched over figure with an oversized bald head, slit-like mouth, large eyes, that seem expressive and blink, and supposedly claw-like hands, although we never get a good look at its hands in the videos. There was apparently a whole series of interviews conducted with the creature from the years between 1942 and 1969, although only a few clips have managed to get leaked out. The most well-known clip simply shows Skinny Bob sitting at a table, apparently in a telepathic interview, after which we see footage of the alien from head to toe, showing its disproportionately long arms and freakish build. After that, there is a shot of it allegedly within a pool of some sort of liquid, where it would supposedly sleep. You can see this clip for yourself here.

According to the videos, the aliens were often filmed without their knowledge or agreement, with one “document 072/E” supposedly describing an incident in 1961 in which three of the beings realized that they were being secretly filmed by a hidden device, which was considered a violation of their agreement. There was supposedly a treaty that stipulated that photographs and filming of the entities would not be allowed unless specific permission was given. The piece of footage in question involves a group of the alien beings walking about outside on what appears to be a lawn, and the aliens were apparently so upset by this that the treaty was revised, although it is unclear in what way. Called the “Family Vacation” clip, you can see this particular piece of footage here.

While these two clips are the most well-known and widely available, there were allegedly other clips that have since been taken down, such as that of the alien spacecraft and another of an autopsy being performed on a dead specimen at the base. As soon as these clips were released there was immediate debate as to their authenticity and over just who “ivan0135” was. Arguments over the video have gone both ways, with some convinced it is real, while others point out that it is obviously a hoax, and much analysis being done on the footage. Was this CGI, animatronics, or the real deal? One special effects guy by the name of Ben Philips offered up his own thoughts on the footage by saying:

If Skinny Bob was faked he’s either an animatronic puppet or CGI… or a blend of both. If it’s digital then it’s outstanding and the creator was a professional. If it’s digital then it wasn’t key frame animation but motion capture. If it was motion capture then it would need a studio set up. A studio set up means money and more people. If it was a puppet then it’s not only a stunning design but the puppeteers were top of the pile; the way he shifts his stance and looks down when he’s having his height measured is beautifully done and one of the reasons why if it is a computer-generated character, it was done using motion capture and not key frame animated. I’m not saying it isn’t faked. I am proposing that if it was, then it was done by a multidisciplinary team of effects professionals. They spent a lot of time and money building physical models for extremely short clips that weren’t even the main subject matter of the video; Skinny Bob. If faked none of those involved have broken silence since May 2011 to lay claim for their work.

Others are not so sure. It has been pointed out that the frame rate seems off, and there have been arguments over whether it was 16mm footage or not and simply that the aliens look fake, with a fake-sounding camera clicking sound overlaid over it all. However, even for skeptics the main mystery seems to be why anyone would have gone through such trouble to fake it to begin with. It seems like it would have cost quite a lot to make these videos, yet no one has really tried to make any money off of them. It had also been suggested that it was some sort of viral marketing for a science fiction film, but if that is the case, then for what film? These clips were released back in 2011, yet there has been no movie that they have been connected to and no one has admitted making them. Also, no one knows who the mysterious “ivan 0135” is, he has never given up his identity, and has sort of dropped off the radar. One Reddit user “JamesyEsquire” has given a pretty good summation of these points as follows:

In terms of this being ‘real’ there are numerous red flags, the camera clicking sound seems to have been added on over the top of the footage, overall it just ‘feels’ to good to be true. Now, the problem is this… many CGI experts and those in the movie industry have studied the footage and most agree that if fake, it is the work of a studio with a big budget. I would estimate especially in 2011, for a studio to produce something of this quality, you are looking at a budget approaching $250,000. To my knowledge the video has not been monetized, nobody is making $$$ off of this, no studio has ever come forward to claim it, if this was a viral video for an upcoming movie, we would know about it by now, the footage was released in 2011. Again, I don’t want this to descend into a real or not argument, the mystery to me is why? who made this, who had the money to make this for seemingly no benefit/profit? would love to hear the thoughts of people who work in the movie industry and special effects, what kinda of budget/setup are we looking at to make this footage in 2011? Are there examples of ‘homemade’ CGI from 10 years ago that looks as good as this? is it even CGI? is it animatronic – again if so, who made it?

The videos have been largely judged to have been a hoax, but we are still left with some mysteries. Who made them and why? Why is it that they went through so much effort to pull this off? Who is the mysterious poster of these clips and where did he go? To this day no one has claimed responsibility for the videos, which has only further caused the believers to insist they are real. Hoax or not, the Skinny Bob videos made quite the waves back in their day, have been often discussed right up to the present, and definitely show just how difficult it will be to ever get any photographic evidence accepted as real, as well as demonstrate the power of the Internet to spread fake videos far and wide.